This week our prompt word is SHORT. My snippet continues from last week.
Without waiting for his reply she stood, headed for the car and returned with a plastic carrier bag.
“The choice is limited but I tired to get something in more than one size.” She thrust the bag at him and pointed to the derelict barn. He looked at the ring of nettles, down at his bare feet, and back at his companion.
“There are sandals and slippers in the bag. I thought they may be easier to get on if the size is completely wrong.”
“Thank you.” Not knowing what else to say, he headed for the barn.
Somehow she’d guessed pretty well. He chose the slippers. They would keep his feet dry but they’d be more effective than being stung through the sandals. 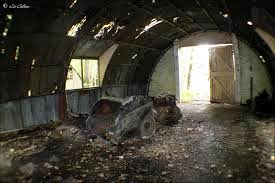 He ignored the dust motes dancing in the sunbeams that slotted between the twisted slats and riffled through the contents of the bag. He pulled on the boxer shorts sporting a pink frog. No wonder they were in a charity shop. She’d guessed his size surprisingly well. The vest, he didn’t normally wear one, but slipped it over his head and revelled in the warmth. The brushed cotton chequered shirt had seen better days, but again, either she’d put some thought into her choices or been exceptionally lucky. It fit snugly across his broad shoulders. Okay the sleeves were a tad short, but normally he had his shirts made to order. She’d chosen jeans and he swore he could hear his goose-bumps sigh in relief and the warmth of the denim wrapped round them. No socks, but the comb more than compensated for that small oversight.
He stilled when he heard a rustling outside.
“We have to get out of here.” The woman’s voice, though low, reached him clearly. “There’s a boat just coming round the corner of the river, and it won’t be long before they’re close enough to see the car.”
Relief warred with concern. Careful to leave not traces of his intrusion Ludo pushed the door open wide enough to slide outside, pushed it shut behind him and followed her back to the car, which she’d turned round while she waited. 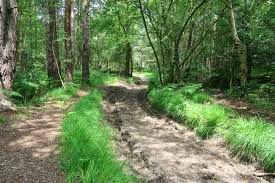 Without a pause in her stride she indicated the passenger door, and slid into the driving seat and had the car moving before he’d managed to shut his door. Once more she surprised him by not making a dash for cover. Instead she eased the vehicle forward keeping it in a low gear until they reached the short line of trees that lined a deeply rutted track.
Thank you for reading this week's offering, there are lots more amazing reads at Tuesday's Tales
at 06:00

I think she paid a lot of attention to him to be so accurate on the sizes. I imagine he wasn't hard on the eyes. LOL

I agree with Jillian. She must have looked him over quite well and he was naked? Hmm. She's driving him out of there, I think I'm gonna like these two together. Great story, Sherry. I still want to know what he's running from.

:-) Thanks Jean, but he's not running away, she found him trussed up in the boot/trunk of her car and made the decision to drive away from a manipulative date knowing he was there and it could cause her more than the obvious problems.

I like that we get to see the scene from his perspective. She is doing the best she can for him. Looking forward to more info.

:-) Thanks Flossie, I'm glad this is working for you.

You're keeping me in suspense. Just what was he doing in her car and will he give her answers now that she's helped him?

I'm doing a re-write on the answers to those questions and not sure of the outcome, Sarah :-) Thanks for coming by.

Great scene! I didn't want to stop reading.
I love the phrase 'dust motes dancing in the sunbeams'.

Looks like subconsciously she checked him out Pretty well!
Now I'm going to have to find what led into this.

:-) Thanks Tonette. If you want to, you can scroll back through September to get the first snippet in this WIP