Many thanks to Sherry for hosting me on her blog and giving me an opportunity to share my novels with you.
It's a pleasure to have you here Lizzie. Thank you.

Readers have told me that they love my descriptions of Scotland, Norfolk and Wisconsin. And, I must admit, often a location is the starting place for my novels and then the characters appear in my head, crowding in and demanding that I write down their story. I hope these examples make you want to read more.
Each hyperlink takes you to the relevant Amazon page where you can - read a FREE extract in kindle/share/buy 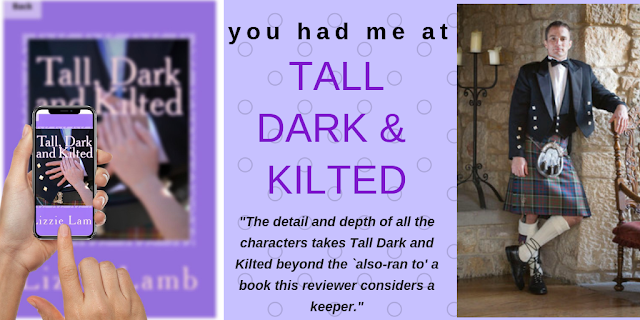 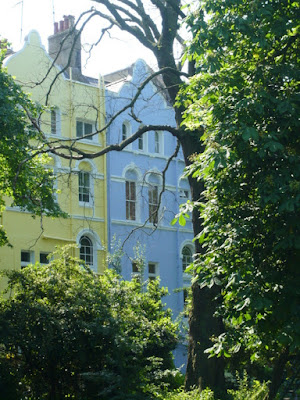 
The music hit Fliss as she rounded the corner of Elgin Crescent, Notting Hill. The sugared almond pink and yellow houses almost vibrating in the late May evening as I Predict a Riot blasted out from an open window half way down the street. 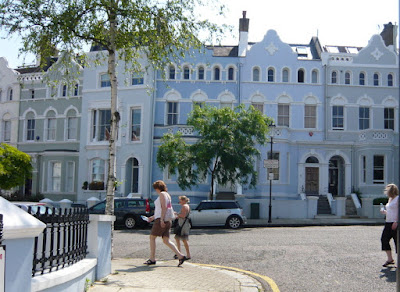 From their vantage point, the mountains were hidden by trees and Fliss could see soft, rounded hills which swept all the way down to a large loch. The colours were dazzling; the green of the hills and trees, the blue sky reflected in the deeper blue of the loch and the ochre of the sandy beach which gave way to paler sand near a pebble path. The shoreline dipped in and out of the expanse of water and in the distance, at vanishing point, the opposing shores appeared to link hands, cutting the loch off from the sea. 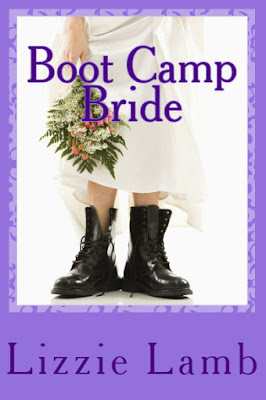 Boot Camp Bride - romance and mystery on the Norfolk Marshes

Charlee glanced over the low hedges and dun-coloured fields stretching towards the salt marshes where the sea was a black line on the horizon. There was a stripped back beauty to the place and the flocks of birds heading for the feeding grounds down by the shoreline ensured the view was an ever-changing tapestry. Perhaps, here on the salt marsh, where the wind sighed through the reeds and stirred the dried pods of the alexanders, they could be honest with one another. Confront those feelings 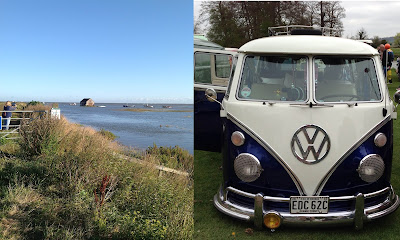 which had been simmering beneath the surface since the book launch. Playing his pretend fiancée wasn’t easy; the pretence was beginning to feel more real than the life Charlee had left behind. 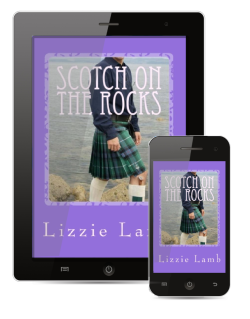 The Narrows were calm, reflecting the harbour cottages of Jamestoun on their glassy surface and making the fishing port seem twice as big as in reality. Issy loved the red tiled roofs, the whitewashed walls and the three-storey granite building which had formerly housed the local Customs and Excise. She could picture the old railway lines which dissected the cobbled road. Back in the day, when Jamestoun had been a thriving fishing port, langoustines were landed first thing in the morning, packed onto ice and sent down to London, via Oban, to grace the dinner plates in swanky hotels. Now the harbour was mostly filled with private yachts and the occasional fishing boat which took tourists out to the bird colonies in high summer. The brown hills beyond the harbour could look bleak in the winter, but today the sun warmed them, picking out the old fort (now almost covered in vegetation), built after the ’45 Rebellion to quell the unruly Scots.
The road swung inland where, in Victorian times, it had been blasted through a small mountain. ‘The Faerie Falls,’ Issy said, nodding towards it with her head towards a torrent of brown, peaty water cascading over rocks. ‘They say that the wee folk live behind its waters, but I’ve never seen them.’

Girl in the Castle - fall in love with a Highlander
Henri gazed out across the loch, shrouded in a shifting veil of low-lying mist. The castle appeared to float above it and the world beyond seemed unreal, until she spotted Lachlan piloting his boat towards Tèarmannair. His head and shoulders visible above the swirling fog. A heron skimmed over the shifting mist, its spindly limbs trailing behind it as it hunted for breakfast.


At night, it was easy to imagine the castle was a ship sailing untroubled across a wide ocean, the only light visible the beacon on the jetty at the far side of the loch.
Trees on the margin of the loch were reflected as a perfect mirror image of themselves, in ochre, vermillion and acid yellow. Pushing her reading glasses on top of her head, Henri focused on the middle distance where two small islands, topped by scrubby vegetation and gnarled trees bent over by the prevailing wind, gave perspective to the view. Beyond that, round, green hills rose towards the sky, and beyond them were craggy mountains with snow on the peaks. 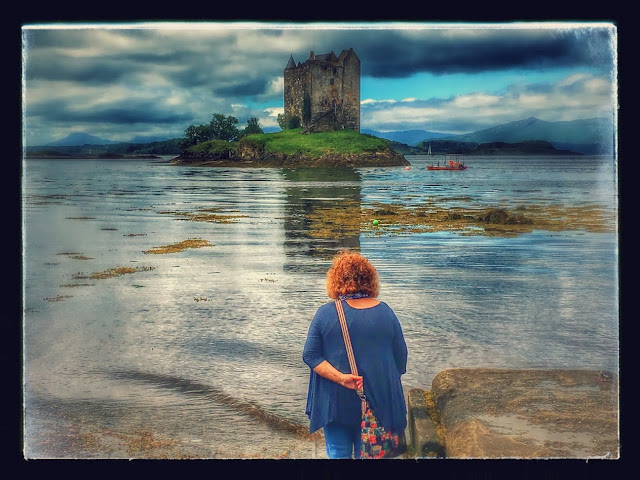 Closing the door behind her, India sank down on the padded window seat and, drawing her knees up, pulled a cushion towards her, hugging it for comfort. Resting her head back against the heavy shutters she looked out into a vermilion and gold sunset where islands and peninsulas jutted out into the bay. However, the beauty of the scene was lost. All she could think of was how different the sunset must look from MacFarlane’s beach hut, thousands of miles away. Cool air blew off the lake and through the open window, stirring the muslin draping her cast iron four poster bed. Getting up to wipe her eyes on the corner of her pashmina, she caught sight of herself in the cheval mirror. Backlit by the sunset, with filmy drapes billowing around her, she seemed as unsubstantial as a ghost. A mere shadow of her former self. Dark circles under her eyes, skin without its youthful luminescence, violet eyes huge in her pale face. How had this come to pass?

* * * *
I hope you have enjoyed these extracts and the photos which accompany them. If you’d like to learn more about me and my novels, do get in touch via the links below.

Author bio with links -
After teaching her 1000th pupil and working as a deputy head teacher in a large primary school, Lizzie decided to pursue her first love: writing. She joined the Romantic Novelists’ Association’s New Writers’ Scheme, wrote Tall, Dark and Kilted (2012), quickly followed by Boot Camp Bride. She went on to publish Scotch on the Rocks, which achieved Best Seller status within two weeks of appearing on Amazon and her next novel, Girl in the Castle, reached #3 in the Amazon charts. Lizzie is a founder member of indie publishing group – New Romantics Press, and has co-hosted author events at Aspinall, St Pancras and Waterstones, Kensington, talking about the research which underpins her novels. Lizzie latest romance Take Me, I’m Yours is set in Wisconsin, a part of the USA which she adores. This novel also achieved BEST SELLER status >travel>USA. She has further Scottish-themed romances planned and spends most of the summer touring the Scottish Highlands researching men in kilts. What’s not to like? As for the years she spent as a teacher, they haven’t quite gone to waste. She is building a reputation as a go-to speaker on indie publishing, and how to plan, write, and publish a debut novel. She is currently working on #6 - a road trip ‘movie’ where two warring guardians are forced to join forces and set off in hot pursuit after a runaway niece and son.  Lizzie lives in Leicestershire (UK) with her husband, David.
She loves to hear from readers, so do get in touch . . .
Lizzie’s Links
https://www.amazon.com/author/lizzielamb
www.facebook.com/LizzieLambwriter
lizzielambwriter@gmail.com
website: www.lizzielamb.co.uk
https://twitter.com/lizzie_lamb
Newsletter - http://tinyurl.com/ELNL-2016
Linked in: uk.linkedin.com/pub/lizzie-lamb/18/194/202/
Goodreads http://tinyurl.com/cbla48d
Pinterest: http://www.pinterest.com/lizzielamb/ 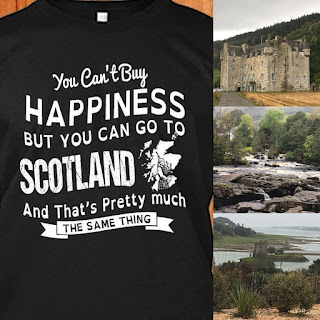 Many thanks for hosting me on your wonderful blog today, Sherry. Looking at those photos brought back so many happy memories. But I'd better not rest for too long. Got another one to write.

It's a pleasure to have you here Lizzie. Hope you have lots of fun writing your new book :-)