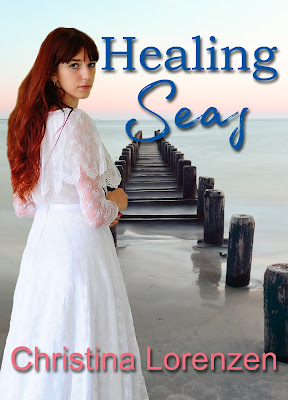 In just a matter of days, Addie Mayfield’s life is upended. Through an arrangement her father makes, she sets sail on the RMS Titanic as governess to the two young Fairchild children. When tragedy strikes, she finds herself rescued alongside strangers on the RMS Carpathia, headed for New York City. Far from home, she is taken in by the O’Reilly family to wait for her family to send for her. With no money for her passage home, she’s brought to the small hamlet of Montauk to become a caretaker for a great aunt she has never met.


Captain Frank Shea is a man without a ship. Removed from duty as captain of the RMS Morrow, he’s come to Montauk to recover from a leg injury. More painful than the injury is his fall from grace after spending his entire life at sea. The ocean was his home and he has never needed anyone. Now faced with an uncertain future, he’s desperate for a way back to the sea. Until he meets Addie Mayfield, a woman who is just as lost as he is.
Can these two people find hope for the future after all they’ve lost? Can an unexpected
love heal two broken souls?

Interview of heroine, Addie Mayfield.
CL: Tell me how you came to be traveling on the Titanic’s maiden voyage.

AM: It’s something I would never have dreamed of. My family doesn’t have a lot of money so a trip like that would be something we wouldn’t even think about. My parents have always wanted a better life for my sister Emma and I. When my father was introduced to Aesop Hancock, the owner of the Bedford Wake, which is a very fancy hotel, Mr. Hancock told him how the Fairchild family was looking for a governess to join them on a trip to the America. The family was sailing on the Titanic and eventually would head to Boston. My father thought it would be a wonderful opportunity for me to work for this family.
CL:  How did you feel about becoming a governess for the Fairchild family?
AM: Well, it wasn’t my dream. I’ve always loved art. Drawing to be exact. I thought maybe working for Mr. and Mrs. Fairchild might help me with my art career. So in that way I was excited. And the Fairchild children were just lovely.
CL: Unfortunately, things didn’t turn out as planned as the Titanic sank during the voyage. The Fairchild family did not survive, but you did.
AM: Yes. I still can’t believe it. I can’t get the images out of my head. I can’t forget what I saw. I can’t bare to think about all those people. And the Fairchilds.
CL:  You were one of over a hundred people brought to New York City on the RMS Carpathia. What happened when you arrived?
AM: I was in shock. I didn’t know what to do. I was alone. I don’t even remember all the details, but I did end up with a lovely family, the O’Reillys. If it weren’t for them I don’t know what might have happened to me.
CL: How did you come to the small fishing hamlet of Montauk after being with the O’Reilly family?
AM: I had been waiting for word from my family back in England. I thought I might be going home, when I realized they would never have that kind of money for the passage back home. An arrangement was made for me to go to Montauk to be a caretaker for my Great Aunt Tillie.
CL: You had never met Great Aunt Tillie? Had you ever heard of her?
AM: No, I never knew I had an aunt in America. She’s my father’s aunt.
CL:  Tell us about meeting Captain Frank Shea.
AM: Well, he came to my aunt’s door on the first day I had gotten there. He was quite…quite fall of himself I felt. Rather abrupt and rude. He was looking for money from Aunt Tillie.
CL:  And finally, what was it about Frank Shea that led you to fall in love with him?
AM: <blushes profusely> He just seemed to understand what I’d been through with so very few words. I didn’t have to tell him everything. He just seemed to understand. And while I thought he was rude I began to realize that he had his own wounds that he was hiding behind. He’s really quite a tender, sensitive man. I don’t know what’s going to happen in the future, but since I have to stay on here in Montauk at Aunt Tillie’s I want to spend time getting to know more about Frank. I’m beginning to feel hopeful about the future – for us both.
To Buy Links:-
Amazon UK   Amazon USA
Amazon Canada   Amazon France
Amazon Germany
Amazon Italy   Amazon Japan
* * * * * 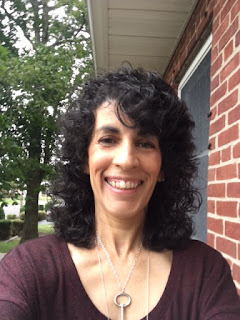 About the author...
Christina started writing as a young teen, jotting stories in wire ring composition notebooks. Her
first typewriter made it faster to get all those stories out of her head and down on paper. Her love of writing has sustained her through a myriad of jobs that included hairdresser, legal secretary, waitress and door-­to-‑door saleswoman.

Luckily for her, writing proved to be successful and a lot less walking than going door to door. Healing Seas, her first historical romance, is Christina's fifth book. She is also the author of A Husband for Danna, its sequel, A Wife for Humphrey, Snow Globe Reunion and Harvest Blessings. She is busy working on a modern retelling of the classic tale, Rapunzel. When she isn't writing or reading, she can be found walking her dog, talking to her herd of cats and spending time with her family.
at 06:00 2 comments: