Clelebrating the Release Day of Just For The Holidays

I'm delighted to welcome Sue Moorcroft today for the start of her blog tour to celebrate the release of her latest book Just For The Holidays. 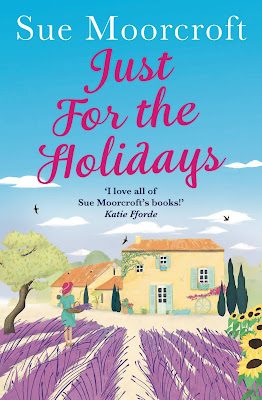 Blurb:
In theory, nothing could be better than a summer spent basking in the French sun. That is, until you add in three teenagers, two love interests, one divorcing couple, and a very unexpected pregnancy.

Admittedly, this isn’t exactly the relaxing holiday Leah Beaumont was hoping for – but it’s the one she’s got. With her sister Michele’s family falling apart at the seams, it’s up to Leah to pick up the pieces and try to hold them all together.

But with a handsome helicopter pilot staying next door, Leah can’t help but think she might have a few distractions of her own to deal with…


A glorious summer read, for you to devour in one sitting - perfect for
fans of Katie Fforde, Carole Matthews and Trisha Ashley.
Sue has kindly agreed to interview her heroine Leah Beaumont for us....
Sue Moorcroft: So, Leah, what’s taking you to France for all of August? It sounds lovely.
Leah Beaumont: My sister Michele said ‘Please’ a lot. She’s just ended her marriage and discovered she’s pregnant so I’m not sure that ‘lovely’ is the right word.
SM: Oh. Inconvenient.
LB: Agree. I’m on gardening leave before taking up a new post at Chocs-a-million in September and she’s feeling weak and weepy so she’s asked me to take Alister’s place. She doesn’t like driving on the ‘wrong’ side of the road and she wants me to do the outdoorsy stuff with the kids.
SM: Your kids?
LB: My kids? I don’t have kids. Natasha and Jordan are Michele and Alister’s kids. I love them to bits as their cool auntie and take them karting and stuff but I’m definitely not mother material.
SM: But you don’t mind driving on the continent?
LB: No, I like driving. I was feeling despondent at the idea of driving Michele’s big pink people carrier, ‘The Pig’, but now Alister’s coming with us to Alsace he’ll drive that and I can take my lovely Porsche. It’s a bit middle-aged but it’s a lovely drive. Pretty much everything is, when compared to The Pig.
SM: Back up! Alister’s going on holiday with you? I thought you said he and Michele have split up?
LB: It’s a novel arrangement, isn’t it? Michele asked me to go instead of him but then he said there was room for him and he’d miss the kids too much if they were away for the whole month, so there was no reason for him not to go. Michele knew Jordan and Natasha would hate her if she said ‘no’ so she said ‘yes’.
SM: You don’t need to go then! You’re free.
LB: That’s what I thought. But Michele said, ‘You’re not going to back out on me. Are you?’ To be honest, she’s in a mess and it’s impacting on the kids so it’s probably better if I’m there. I just hope that the weather’s fine so we’re not all cooped up in the gîte.
SM: Tense.
LB: I can entertain the kids for a couple of hours with a bit of a family ‘bake off’ but not for four weeks.
SM: Bake off? Are you a devoteé of the TV programme?
LB: A bit. I’m a chef by profession but I’ve moved into food products. I’m a chocolate taster. And, before you ask, yes it is a real job, and no, it’s not silly, and yes, I do get paid for it, but, no, I don’t sit around munching Mars Bars all day.
SM: Oh, OK. So what do you do?

LB: I assess chocolate and chocolate products for quality and for marketability. Yes, I do taste it, but I also create chocolates for boxed collections and trial other people’s recipes.

SM: Wow. That sounds like one of the world’s coolest jobs.

LB: I think it’s #1 on the cool list. I’m very lucky! I wish Michele would take me a bit more seriously sometimes but, apart from that, I love it.

SM: OK, well, time’s up. Enjoy your holiday in the gîte in France. Bon voyage! Try and defuse the tension between Michele and Alister – finding out she’s pregnant just as she gave Alister his marching orders couldn’t have been much fun.

LB: You’re right. And how bad can it be to live with Michele’s family at this awkward time? It’s just for the holidays.


Just for the Holidays by Sue Moorcroft (Avon) hits the shelves, tomorrow,on 18th May 2017. getBook.at/JustfortheHolidays 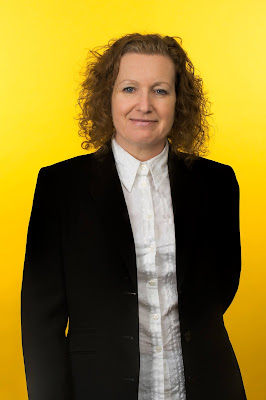 Author Bio:
Best-selling author Sue Moorcroft writes contemporary fiction with occasionally unexpected themes. The Christmas Promise rose to #1 in the Amazon Kindle chart; The Wedding Proposal, Dream a Little Dream and Is this Love? were all nominated for Readers’ Best Romantic Read Awards and Darcie’s Dilemma for Readers’ Best Short Romance. Love & Freedom won the Best Romantic Read Award 2011 and Dream a Little Dream was nominated for a RoNA in 2013. Sue’s a Katie Fforde Bursary Award winner, a past vice chair of the RNA and editor of its two anthologies.


Sue’s book: Just for the Holidays,
is available from tomorrow ~the 18th May
You can find Sue Moorcroft at:-