Welcome to another Tuesday's Tales.  Where does the time go between each one?  Today's prompt is 'Pie'.
My snippet today is a stand alone piece and as yet I have no idea whether it will fit into one of my WsIP or turn into a short story of its own.  Woe the trials and tribulations of the'pantser'!
Thank you to every one who visits and any comments are allways appreciated. 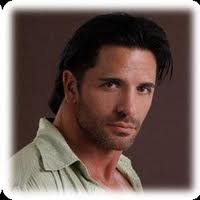 “Well will you look at that?” Maisie set her champagne flute on the table and stared towards the entrance.

“What? Where?” Florence, her grey coffered hair bobbing as she spun round in her chair, then bounced once more when her hand covered her wildly beating heart. Could it be? How could it be?

She’d moved away a few months after the memorial service for her only son. Moved right across the country, well more like from south to ‘up North’ to get away from the memories, and here he was—standing tall, and proud like his father before him.

“Look’s like he’s been in the wars.” Maisie’s voice cut through Florence’s shock. Her friend was right. A livid white scar from his chin to his brow crawled up his face like a millipede. Ten years had stripped away any naiveté from his features. Ragged, sharp boned and deeply sun-tanned. Apart from the scar Florence could be looking at Raoul’s father thirty years ago. The day she’d told him about her pregnancy.

The day he’d walked away from her and never returned. The day he’d sent divorce papers by special delivery less than an hour after his departure.

Now she sat in her seat, too stunned to move, and watched her son scan the room, became aware of the hushed voices whispering around their table, clearly audible now the band had ceased playing. Two men moved into the room and stood, one each side of her son, while he continued to scan the room.

Raoul cocked his head to one side, listening to the man on his right. Florence noticed the speaker’s hand emulate a circle, saw Raoul’s eyes narrow, harden and resume their search. Could she, when everyone else’s attention was riveted on the doorway, look away? If she didn’t she feared her heart, scarcely mended after ten years of grieving, would shatter all over again. And if she moved a single muscle, she knew with soul-deep recognition, her son would hone on the movement and come to her.

She’d dreamed of his return almost nightly for the last month. So much so, she’d stopped going upstairs to bed and slept in her armchair in front of the TV for the last week. But in the end it wasn’t her movement that foccussed her son’s gaze in her direction, it was Maisie’s.

“I swear, Flo—“ She dug Florence in the ribs, “—if I didn’t know better I’d say that was Raoul standing there.”

“It is.” Florence watched him move in their direction and tried to red his expression. ‘Flint-eyed’ didn’t begin to describe it. His mouth a thin white line, almost as pallid as his scar confirmed this would be no happy reunion, but why had he decided to return from the dead so publically?

Overhead lights glinted in the flash of silver in his hair above his right eye, above the scar. And for a moment fear, unexpected and unexplained threatened to rob her of her senses. She fought the curling blackness eager to steel her into oblivion and straightened her spine.

She knew, without seeing, that every eye in the room followed her son’s deliberate approach. Time stretched and compressed simultaneously.

The police, so impersonal, and yet, one, just one seemed genuinely caring when they’d turned up and told her Raoul had died in a car accident all those years ago.

The image of those men, three of them, standing at her front door and asking to come in superimposed itself on her present surroundings.

“He’s beyond recognition.” One told her as he passed her a cup of tea. “Fire…” another said. “No survivors.”

And yet they’d ‘handed’ over the body for burial.

Fury, fire-bright, as hot as Hades, shook her out of her memories. Regardless of who this man claimed to be, he wasn’t her son. He may look like him, but it was a fantasy, a ‘pie-in the-sky’ fantasy. No amount of wishful thinking would bring her son back, and if this man intended to try and dupe her into believing otherwise—

His voice, softer than expected, and in total contradiction to the hardness of his features, rolled over her, curled around her heart and dug deep.

She couldn’t speak. Her words refused to push past the constriction in her throat. Her gaze never left his face. Whoever this man was, he even sounded like Raoul.

She shrugged off the hand on her arm.

Maisie’s voice finally penetrated her shock, intruded her pain. As though in a dream, she refocused on her friend’s worried face. And this time she didn’t shake Maisie’s hand away when she caught hold of her arm.

“Let’s get out of here.” Maisie bent down to retrieve their bags, nodded to their table companions, after all, Flo thought, what did one say in circumstance like this?

“Yeah,” she said, fear, fury and grief boiling within. “Sounds like a plan.”


Thank you for visiting here today.
Don't forget to visit all the other wonderful TT participants :-)
at 06:00

Great snippet. Loved it. And so many ways to build a story aroundit. Cant wait for more.

Great base to build from. I can't imagine being a mother who lost a child so tragically and then to see them again, gut wrenching.

Thanks for your kind words Iris. I hope I can get more going on this one too, I kinda like it.

I agree about the mother's pain Tai. Thanks for your comment.

You evoked such emotion with this - hope you do find a way to work into something more!

Thanks, Lee Ann, I have a feeling that with some tweaking I may be able to use this.

Captivating! I felt for the mother's loss and confusion. This has so many possibilities story wise. Look forward to reading more of it
Catherine

This is a great scene. Good luck on figuring out what you plan to do with it