Fellow SCP author Laurie White is my guest today...
Thanks for hosting me, Sherry! It is always nice to guest on a fellow author's blog. 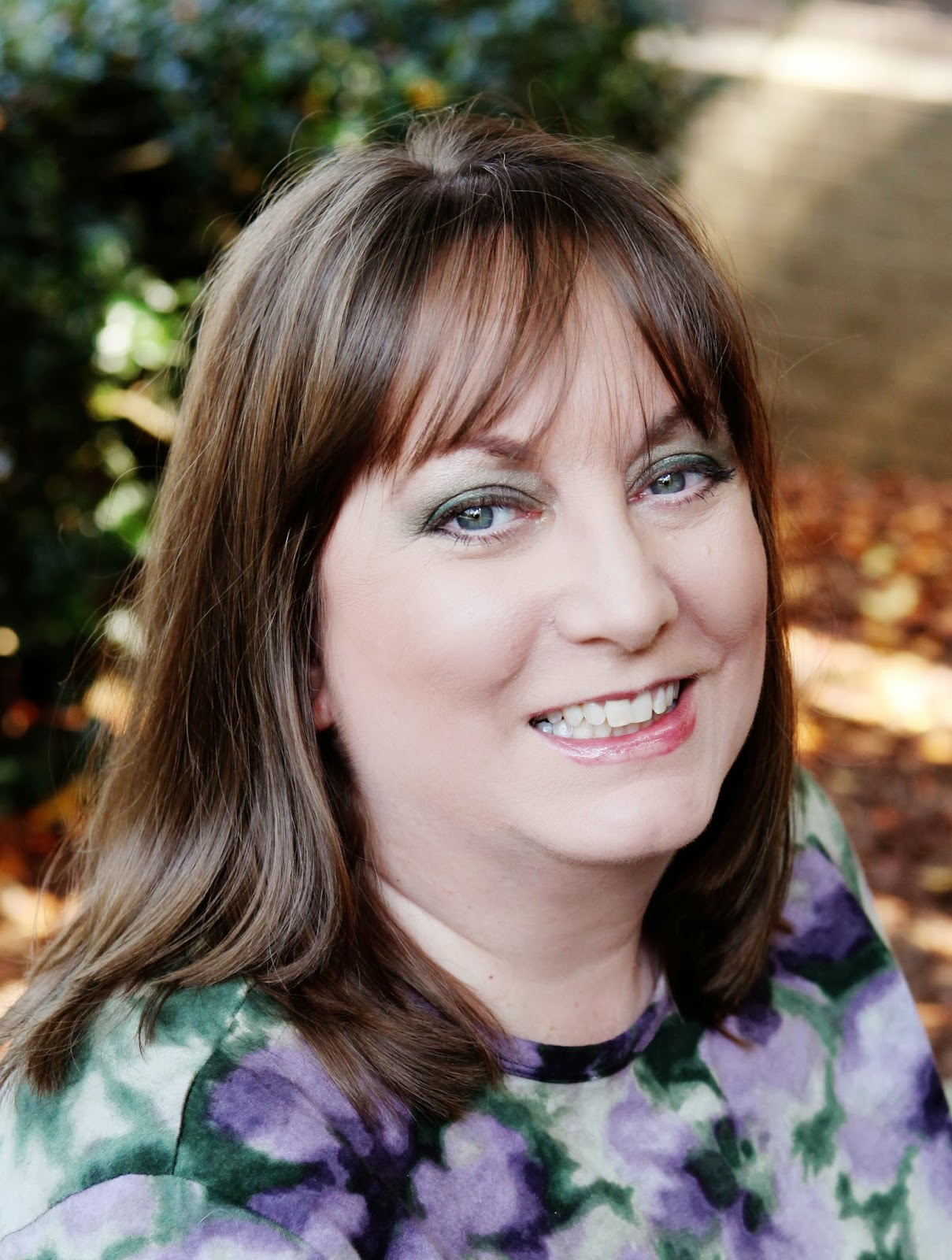 Author Bio: Laurie White is the author of two romantic suspense novels from Sweet Cravings Publishing. Her latest novel, WITHOUT A TRACE, was released January 30, 2014 from Secret Cravings Publishing.
Laurie is a member of Romance Writers of America and Georgia Romance Writers.
Aside from writing, she enjoys reading, spending time with family, traveling, and watching movies. She is the proud mama of four adorable cats and lives in the hills of Tennessee.
I write romantic suspense, which is also my favorite genre to read... I just love that combination of danger and passion, and it's pretty fun coming up with a nasty, evil villain in addition to a smoldering, seductive hero and a feisty, sexy heroine!
Rachel and Matt are both trying to put tragic pasts behind them, yet are drawn to each other despite their misgivings. I do hope your blog readers will check out WITHOUT A TRACE! 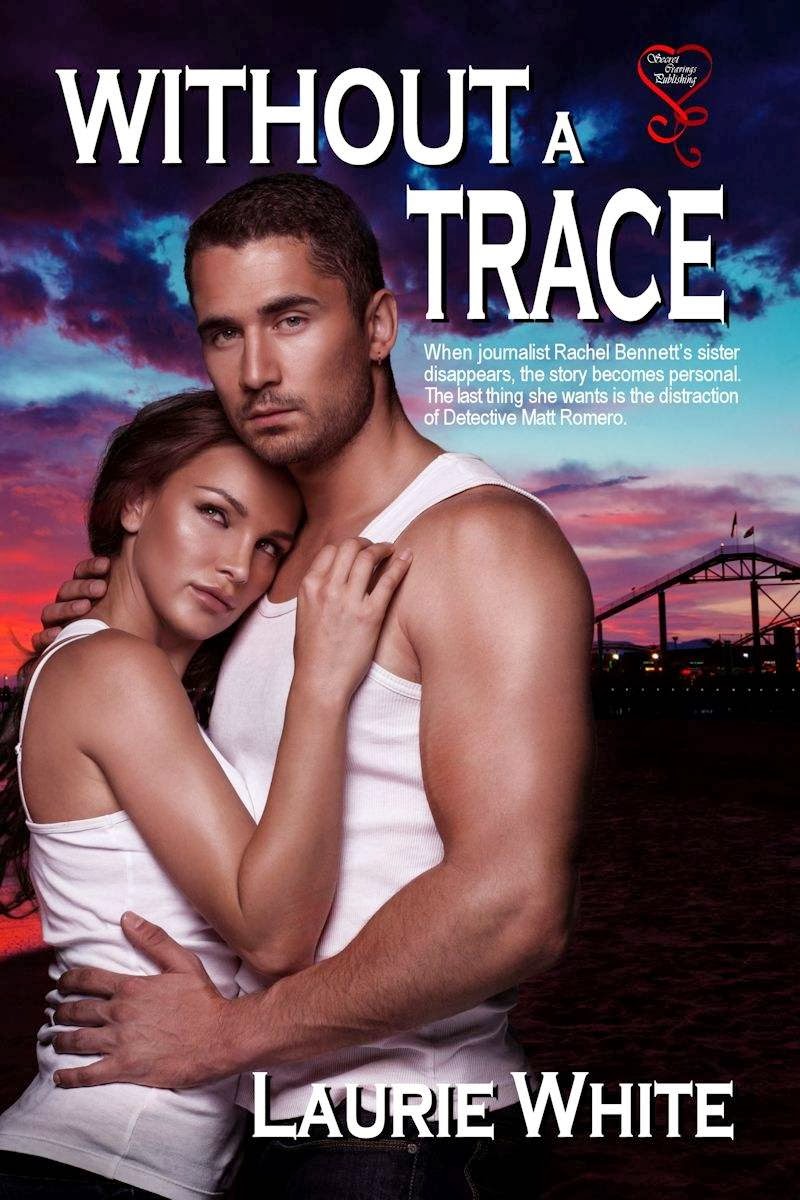 Blurb:
Magazine journalist Rachel Bennett has a reputation for getting to the heart of a story. However, when her sister disappears and is suspected of embezzling from her employer, the story has suddenly become personal. The last thing Rachel wants right now is the distraction of Matt Romero, the detective assigned to the case. She wants a “safe” man…and Matt is anything but that. Matt accepts the risk that goes with his job. Two years ago, his wife was murdered, a tragedy he blames himself for. He's vowed to protect his family and friends because he doesn't want to go through the pain of loss again. However, the lovely journalist soon begins breaking through the icy wall around his heart. As Rachel and Matt search for answers in order to find her sister, they uncover a corruption that puts them both in danger – and a passion that puts both their hearts at risk.
Excerpt: Something wasn't right.
Rachel Bennett felt uneasy from the moment she'd set foot in her sister's apartment. A bead of perspiration trickled between her shoulder blades.  She'd been unable to reach her younger sister Paige for the past three days. She hadn't even shown up at work. Rachel cut short a long-awaited Palm Springs vacation out of concern for her. The three-hour drive back to Los Angeles this morning was a blur.  “Paige?”  Something made her almost whisper the word. She paused outside Paige's half-open bedroom door before peering into the sun-splashed room. A hint of Paige's signature scent, Ed Hardy, hung in the air. The bed, normally covered with a cheerful floral comforter, sat unmade in the messy room. Unusual for her neatnik sister.  She would never just take off like this. At least not willinglyWhat's happened to my sister?  Rachel noticed several black smudges on the wall by the window. A nervous feeling gnawed at her. Slowly, she stepped into the bedroom, toward the telephone. She needed to call for help. “Police! Stop right there.”  The resonant male voice was strong and authoritative. Rachel froze, confused, blood pounding in her head. The hair on the back of her neck prickled. “I'm Rachel Bennett. My sister, Paige Bennett, lives here. I have a key.”  “Okay. Turn around.”  In slow, careful movements, Rachel complied. Her pulse thrummed even harder as she came face-to-face with the most overwhelming man she'd ever laid eyes on. His features were rugged and darkly handsome, his hair black as sin. She let out a breath she hadn’t realized she'd been holding.  A twinge of wariness assailed Rachel as her gaze took in the man. All in all, he made a dangerously sexy package despite his ordinary dark gray suit and tie. He looked like no cop she'd ever seen, but his open-legged stance and the familiarity with which he held his pistol—aimed at her—seemed to show years of experience on the force. Or simply a lot of practice using a gun.  Certainly he won't shoot, she told herself, heart crashing hard against her chest. “Can I see your ID?”  The man's steely dark eyes never left hers as he unclipped the gold badge from his belt and held it out to her.  “Matt Romero, LAPD Detective Support and Vice,” he said.  Rachel studied the badge. In her work as a writer for Southland Life magazine, she'd seen enough cop badges to know this was the real thing. What sort of trouble could Paige be in?  “How did you…”  “The apartment manager let us in. We had a search warrant.” He lowered his gun, then clipped his badge back onto his belt. “Search warrant? Has something happened to Paige?” A cold knot formed in the pit of her stomach. Although a part of her didn't want to know, her reporter's instinct demanded answers.
Skepticism flickered across Romero's face, but as he studied her he seemed to relax. He holstered his weapon. “I saw a photo on the desk over there of you with your sister. You resemble each other very much. Why don't we sit down?” He motioned toward the living room. Rachel trudged down the hallway, struggling to prepare herself for whatever this man was about to tell her. Horrifying possibilities whirled in her mind. Had Paige been arrested for some reason? Worse yet, badly hurt or even—no, she couldn't allow herself to think about that last one. A shudder rippled through her.  Then she felt one of the detective's large hands on the center of her back. The guiding gesture, although gentle, unnerved her. The heat from his palm burned through the thin fabric of her blouse. She walked a bit faster.  In the living room, Rachel sank into Paige's comfortable powder blue sofa. She took a deep breath to calm herself, but her stomach knotted up when Romero settled into the chair beside the sofa, right next to her.  “Why are you here, Detective? Where is Paige?”  “That's what my partner and I are trying to find out, Ms. Bennett.”  “What do you mean?” she asked, managing to sound a lot less anxious—and a lot less aware of the man across from her—than she really was. He looked her dead in the eye. “Your sister is missing, Ms. Bennett.”
You will Find Laurie White at:-
Web page:
Blog:
Facebook:
Twitter: