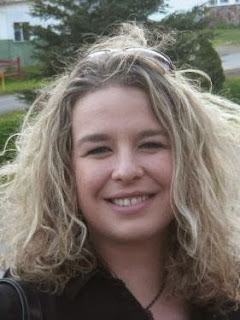 Author Bio
Amy Mullen is a freelance writer and romance author living in Corning, NY, with her husband, Patrick, her two children, and an orange cat named Steve. She has written two medieval romances called A Stormy Knight and Redefining Rayne.


Amy has been writing about love both lost and regained since she was old enough to have her first broken heart. Her love of history and her intermittent jaunts into amateur genealogy led her to a love affair with writing historical fiction. When not writing, she snaps pictures, gets nutty over football, enjoys the company of her family, and when time allows, loves to bury her nose in a good book.

What Authors Wish For


Okay, so I won’t speak for every writer out there – just myself. People have asked me what I think could be the best moment in my career as an author. What means the most to me? What moment could I have that would allow me to stop and think it won’t get any better than this? Would it be hitting the New York Times bestseller list? Selling a million copies? A multi-million dollar contract? A movie based on one of my books?


Those would all be great, of course, but I think my best moment already came and went. See, while money is great and you won’t catch me saying no to any of the above (a girl can dream, right?) none of these are what I would consider a defining moment – at least not the defining moment. Mine came just a few days ago and I will never forget it.


My grandfather, Oliver, is in his mid-80s. My grandmother, Elizabeth, passed a few years ago. I don’t know what would have become of me had I not had their unconditional love and support. My grandfather was a farmer, now retired, and worked hard. He never complained. He worked every day, but occasionally took a week off for vacation. I don’t even remember him getting sick, though I am sure he did.


He never yelled. He never had to say a word. Just the thought of letting him down was soul crushing, so you made sure you didn’t. He is the kind of man that quietly makes a decision and that is that. He will encourage you to clean up your own messes, yet he will help you when he knows a situation is beyond what you can do on your own. He is the kind of man you thank God for every day. There are few like him left in my life, and I know I have been blessed to have him as my grandfather.


So, how do you honor such a man? For me, it was dedicating my first book to him and my grandmother. It was naming a character after him. My book went into print just a few weeks ago. I was finally able to hand him a copy and show him the dedication inside. That moment, for me, is what makes it all worthwhile. And while I said I cannot speak for other authors, I would be willing to bet many have an answer like mine – one you might not expect. The quiet, more personal moments are the ones that count the most.


My grandfather finished reading my book in a few days. He said it was hard to put down. If he did manage to put it down, he had to hurry up and get back to it.


And I am forever humbled. 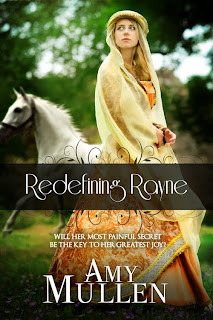 Tag Line: Will her most painful secret be the key to her greatest joy?
Blurb:
Rayne de Latham, cousin to King William Rufus, should be enjoying a life of privilege. Instead, she has only known misery. Her disastrous first marriage yielded nothing but pain, suffering, and three stillborn children. She believes she is cursed and is certain another pregnancy will end in another tragedy. When the king seeks to get rid of her by sending her to marry one of his knights, she will do just about anything to get out of her betrothal.
Widower Andre de Grelle is father to two small boys who came to him by marriage. When his first wife jumps off the castle walls in a fit of madness, he keeps the boys he has grown to love as his own. When king sends him a new bride, the lovely but troubled Rayne, he vows to have more patience with her than he had with his first wife.
Once Rayne arrives at Cuxton Castle, Andre realizes there is much more to her than meets the eye. She does everything she can to force him to send her away, but nothing works. Frustration grows as Andre discovers his betrothed is hiding something from him about her past, something so devastating she cannot speak the words out loud.
In the midst of a siege on nearby Pevensey Castle, a truth comes to light that changes everything. As the real story of Rayne’s past emerges, lives change forever. Will love be enough, or will it be easier to walk away?

Andre moved closer to her. His body was mere inches from hers as he lifted his other hand and slowly tilted her face toward his. Cupping her cheek, he wiped away a tear with his thumb. "You have no idea how fascinating you are," he whispered.

Involuntarily, her eyes closed and she tilted her chin up. She felt his soft lips brush hers and she started to tremble. The short, light touch of his mouth stirred something in her. A young maiden's dream of love, of being loved and cherished, welled up from a place where she had hidden her hopes a long time ago. She returned his kiss, but just for a moment.

Her eyes flew open, and she pulled her head back. This was all wrong. This was not how this was supposed to happen. In a rush to break the spell, she stammered out the first thing she thought of, "Someone will see us! Odo may come."

An expression of disbelief washed across his features and was replaced by irritation. "Odo? What has he to do with this? He is my guest but hardly has a say in what I do with you."

Andre stood and stepped away from her. He stared down at her, but she could no longer read his face. "Do your affections lie with Odo, Lady Rayne?"
Redefining Rayne by Amy Mullen
Published by Astraea Press
Medieval Romance
Buy Links:   Amazon
Barnes and Noble    Astraea Press

How wonderful that you were able to show the book to your grandfather and get his blessing! I often wish I would have started writing earlier so that my father could have seen the book I dedicated to him. But I know he's smiling down at me. Great post, Amy!

Oh so sweet. I miss my grandparents every day and I'm so glad your grandfather got to read your story. I'd do anything for even one more minute to spend with mine.

I love that he was able to see (and hold ... and read) the book you dedicated to him.
That was what I wanted for both my father and my F-I-L, but neither lived long enough.

Great post, Amy and so lovely that your grandfather got to see your book. My grandfather and father never lived long enough to see me in print but I dedicated a book to my Mum and she was chuffed with it. x

Thanks, everyone. I'm pleased you enjoyed the post. Thanks for taking the time to read. And thanks, Sherry, for having me!