Once again, many thanks to all those who drop by each week. I also appreciate, and often act upon comments and suggestions left.  Many thanks.
This week I am back with my current WIP. Amanda is at the same fairground as Josh and is observing his actions.... 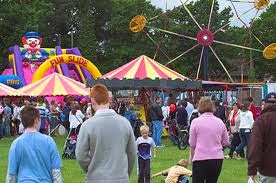 She never ignored a warning and the prickling sensation on the back of her neck warned Amanda of approaching danger. It was hard not to give in and spin round to see what was going on behind her. Instead she headed for the nearest stall where the showman shoved some darts into her hand and inveigled her to try and win a huge glaringly pink teddy bear.

She learned his name was John-Henry, and he was a sixth-generation showman and proud of it. “We’ve all been members of the showman’s guild,” he told her while she made a show of aiming her first dart at the board while watching events from the corner of her eye.

Music blared around her, children’s squeals of delight mingled with adult shouts of warning, and laughter from the dodgems not far away filled the air. She spotted the child rushing in her direction in time to avoid a collision and a wodge of candy floss being splattered all over her. Amanda laughed when the harassed mother caught up and nabbed her daughter’s arm in time to prevent the catastrophe , stopped long enough to exchange some banter before she resumed her goal of winning the teddy bear.


The prickling sensation increased. She threw the first dart, laughed with John-Henry when it missed by a mile and bounced off the surround and clattered to the ground before glancing round. 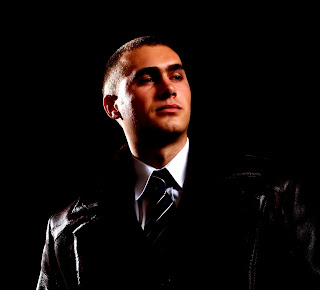 Tall dark and handsome didn’t describe the man who caught her attention. He was tall, no doubt about it, but not so tall a woman would get a crick in her neck every time she wanted to talk to him. Dark? His wavy hair reminded her of black velvet, and her fingers itched to slide through the short, thick waves. And handsome? Yes, she nodded to herself, he would certainly give most of the current male models a run for their money. But why did the man’s presence send out warning signals when he was looking at someone else?

Following his gaze, Amanda’s honed in on a blond woman about her own height and build. Her clothes were fashionable and far more glamorous than Amanda wore. But then, she’d been living out of a couple of suitcases for the last six months and functional, easy-to-wear, non-crumple material beat the socks off trying to keep up with the maintenance required for a few upscale fashionable garments.

She rubbed her sweaty palm on her jeans and looked back at the man. His attention had shifted to the tea-tent and Amanda tried to work out who he was looking at. Whoever it was, the man began moving. Not fast, but with intent, and in the footsteps of another man who was approaching Ms. Blonde-hair. The prickling sensation resembled a mild electric shock now and Amanda wanted to run without knowing why. Instead her feet refused to co-operate.


Author's Note
As luck would have it I had to go into town this weekend and they were setting up a fair in the high street for the Christmas switching on of the lights. And I got talking to a 'front-page-handsome-guy' setting up one of the rides. He was 'the boss' and his name is John Henry, and he is a 6th generation showman, and he is so proud of his heritage and his membership of the Showman's Guild.
He was one of these guys we romance authors describe as 'having a presence', and he carried his air of authority with suave confidence. So- Thanks to John-Henry for giving me the correct terminology for his job-description :-)
[All of which, meant this piece had to be re-written at the last minute!!] lol
at 06:00

Oh my, what a well-penned description of Mr. Tall,dark and handsome!

Great imagery and I love love lvoe how you incorporated the real live meeting you had into the story. I adore moments of serendipity like that!

I agree Sarah, serendipity is awesome. :-)

very descriptive and I can feel her nerves fraying. Great TT

I felt like I was there, not only at the fair but looking at the man.

Very nice scene. Good descriptions interspersed with dialog. The mystery is the best, keeping us in suspense about her reactions and who he is watching.
Trisha Faye

"Amanda wanted to run without knowing why. Instead her feet refused to co-operate." ... don't you hate that ;-)
liked the descriptions!

writerszenblog :-) Thanks for your kind words, I'm glad this is working for you because in many cases it's the responses that give me inspiration for the next TT scene ;-)

Iris have is ever happened to you in a dream? It has, me, and I had to stay awake for several hours because I was afraid the dream would start off again where it left off!! lol - so scary :-)

I am glad you returned to this tale, I want to know what happens.You're keeping me on edge.

:-) I'm happy you're enjoying this Morgan, thanks.

I loved your description of the scene and the characters. And I loved your real-life interaction. That was awesome!

Could description of the man.