Welcome to Tuesday's Tales
Once again, many thanks to all those who drop by each week. I also appreciate, and often act upon comments and suggestions left.  Many thanks.
In this week's scene Amanda is spooked and gets herself lost. 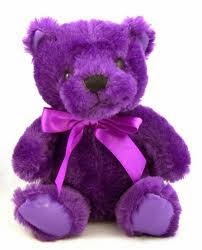 “Come on lady,” the showman’s voice cut through her thoughts and she raised her second dart and threw. A cheer went up when it buried itself in the bulls-eye. “You’ve got yourself a great teddy bear. The showman reached up for it and grinned when he handed it to her. I thought you’d fallen into a day dream there, not that you were psyching yourself up for a winning throw.”


With a rueful grin Amanda found herself hugging the bear almost as psychedelic as the young mother’s papoose the day before. “Thanks,” she handed the third dart back to him. “One win is enough for me tonight. Thank you.”


“You look good together,” John-Henry laughed and handed three more darts to the man standing beside her. When she looked round the bear nearly slipped out of her arms.


Tall, dark and handsome stood so close she could smell the sharp tang of his cologne. As for the warmth from his body, how could he make her feel all hot and bothered, as her Gran would say. ‘Hot and bothered’ didn’t begin to describe the sensation. Prickly heat and that wretched tingling on the back of her neck. But why? The man never even glanced at her. And again, she asked herself, why would he? And why, she asked herself when she bumped into the other man, the one she’d watched approach the blond woman minutes before, were they both… What? So one of them stood to her right and the other to her left, but so what? Coincidence.


She knew that voice. She’d heard it the night before, moaning about letting something go after so many years and then being shown up for his generosity. Since both men blocked her sideways movement Amanda stepped back, watched the two men close the gap between them, and exchange a swift glance before Tall dark and handsome also stepped back and bumped her arm hard enough for poor old teddy to go flying.


“I’m sorry.” He caught her arm as though to prevent her from falling and with his fingers still holding her still he reached down and picked up the purple bear.


“For your daughter?” His query should have been mundane so why did her natural instinct warn Amanda the question was deliberate?


“Thank you.” Once again she tucked the bear under her arm and stepped back.


“Let me buy you a drink” TD and H, as Amanda decided to tag the man, indicated the tea-tent. With a shake of her head she began walking away only to find the man at her side. The prickling sensation increased. Were these two men a threat to all blonds? Or just her? She stopped walking and sighed when her body fired up again when he bumped into her.


“Look, it was an accident. There’s no harm done, so please, leave me alone.” This time Amanda ditched her dignity and ran. And kept on running until the fair ground was far behind her and darkness surrounded her. She didn’t know where she was, or how to find her accommodation, but right now she didn’t care. 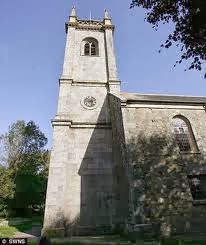 Somewhere in the distance, a church bell, no a church clock began to chime. In a big city the dark could be dangerous, but surely here in this small country village the darkness would be her friend. It was just a pity that she felt too rattled to enjoy it. Back home she often roamed the countryside in the evening. She enjoyed watching the sun give way to the moon and light to dark. Now the only way she’d find her way back to her bed and breakfast would be to return to the fairground. Well she wouldn’t do that until everything shut down for the night. Undoubtedly her hosts would be peeved when she turned up at some unearthly hour, but it couldn’t be helped.
at 00:01

This scared me a little. The man is too aggressive. What is he up to? Great suspense building here. And, no, darkness is not necessarily safe in a small town. Giving me the shivers. Beautifully done, as always.

I`m with Jean, that mans aggressiveness kind of spooked me as well.

Yeah, there's something creepy about the man and it's not his being pushy into wanting to buy her a drink.
It's almost like he's stalking her for some reason.
I hope she gets back to the B&B safely.

Thank you for sharing your thoughts about this piece Jean. It's given several new slants on where to go next with it.

Vicki, I hope I can redeem him very quickly as he is very soon put straight about his crass behaviour by another player in the game.

Thanks for your invaluable input to this scene Lindsay. Like Jean's comment it's giving me some new insights on direction and reactions.

Hi Sherry,
I like the use of the fair/carnival because you have so many unusual people around who could present a threat. Most people don't see it that way.

I love how you changed things so quickly here. From the cute teddy to the creepy guy. Well done!

I agree, there was a creepy factor about this guy. I want to know more about him. It could be a set up for a great twist.

Hmmmm, I'm curious about TD&H, but also about the other man and the connection they seem to have.
Suspense is building and I can feel her apprehension. Excellent scene!