Welcome to The Heart of Romance Therese, and for sharing your debut book, Symmetry, in your Science series. 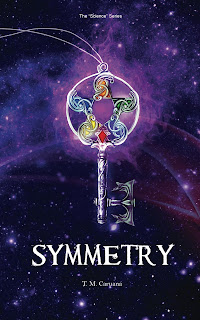 Blurb: Susy finds herself deep within CERN, isolated with no recollection of her past. Her dear cousin and only friend, leaves unexpectedly and bestows upon her a mysterious key-like jewel as a farewell gift. His sudden departure drives her to escape from the facility where she encounters the members of the Honorary Knight Order.
They have searched in every corner of Earth for Susy and the map that will lead them home. In the completion of their quest they face many obstacles and challenges as they realise that Susy has lost more of her powers and memory than they had previously anticipated.
The Earth, affected by Susy’s extended stay, continues to deteriorate as the members of the Order hunt for the missing power stones, lost since the time of Susy’s kidnapping. Whilst on their journey, Susy struggles to remember her true connection to them, as they try to infiltrate her senses. Love and secrets delay the completion of the mission and concerns grow that the balance of life will not be re-established in time.

Therese's debut fantasy novel 'Symmetry' in the Science Series, published in February 2014 and marked the start of her writing career.

It is a FREE e-book when joining the author’s newsletter. 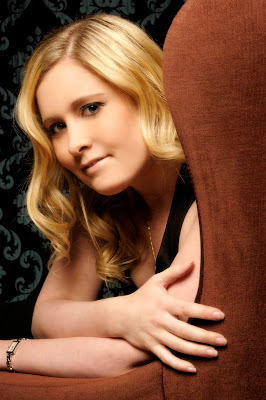 Bio: Living in Gibraltar, having earned an MBA and being a member of the ACCA, Therese. M. Caruana is an author who likes doing too much rather than too little. Apart from consuming too much coffee and chocolates she also enjoys writing complex stories with a vivid imagination, manifesting in new worlds and versatile characters. Having always been a free spirit at heart, her dream had always been to write fantasy novels in which to escape to. Your life is your dream -if you can dream it, you can live it.

Symmetry can also be found Amazon and Goodreads