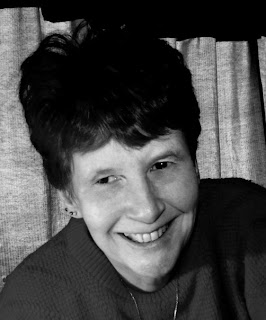 Author bio:
Kay Springsteen grew up in Michigan but transplanted to the south about 10 years ago and now resides in the shadow of the Blue Ridge Mountains in Virginia with her five small dogs. Two of her four children live nearby, a married son who has a daughter of his own, and one of her twins. The other twin lives just outside of USMC Camp Lejeune in North Carolina. Her oldest daughter still resides in Michigan. When she's not writing, she is transcribing and editing medical reports. Besides being an avid reader, hobbies include photography, gardening, hiking and camping, and of course spending time with her terrific G-baby. She is a firm believer in happily ever after endings and believes there is one out there for everyone; it just may not be exactly what you expect or think you want.
***************** 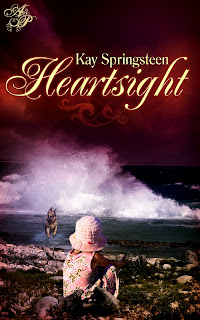 On a secluded beach in North Carolina, three lonely people find hope in each other.
Trish Evers is an artist and single mother, who has inherited her grandmother's Bed and Breakfast in a North Carolina coastal town. Though she must sell the house, she decides to bring her daughter to the beach for one last summer vacation in her childhood town.
Bella is a six-year-old girl who has Down syndrome. Rejected by her father, Trish, is the only parent she's ever known. Bella likes to explore the beach and has a tendency to wander off. One day, Bella goes exploring on her own, and Trish finds her in the company of an intriguing stranger.
Dan Conway is a U.S. Marine, who had been born into a family of Marines. Now blind as a result of combat injuries and unable to "suit up," he feels he no longer has a purpose in life. He's come home to the beach, where he spends his days in solitude. Dan must learn to believe in himself and to love life again, which he begins to do through his interactions with Bella and Trish. When a hurricane strikes, and Bella wanders off again, her only hope for rescue is Dan.
Working within the confines of his blindness, he must overcome his fear of failure and recall his training in order to search for the little girl and bring her to safety.
*****************

Excerpt (Dan):
Using the sound of the surf and the sun's warmth for orientation, Dan sat on a large rock facing east and enjoyed the sunrise. The kiss of waves on sandy shoreline became louder, more insistent, as the gentle predawn breeze turned into an early morning wind. The air around him warmed rapidly, and the beach life started to awaken as well.
The cries of gulls in the distance held an eerie, human-like quality, which could as easily have been the delighted squeals of children playing or the terror-filled shrieks of children dying.
Dan breathed slowly in then out, and re-oriented himself to his surroundings. The sand beneath his feet was the foot-sucking grain-like consistency found on the beach, not the diamond-hard dust he'd grown used to in the desert. The air surrounding him was humid, not arid.
Beach grasses whispered, stroked by the onshore ocean breeze. Nearby, scuttling ghost crabs bulldozed the sand, each tumbling grain sounding like a rockslide to Dan's sensitive ears. The air smelled a bit of midsummer rain, hinting of possible relief from the early summer swelter by mid-afternoon.
His hand rested on the old guitar, unmoving, the instrument silent, as he considered a future in the dark. He had few options and limited time to make a decision that would affect the rest of his life. Did he try to maintain a semblance of the life he'd once planned for himself? Or leave all that and carve a new niche elsewhere?
Who was he kidding? No one wanted a wounded warrior, let alone one who could no longer see.
He caressed the low E string with his thumb, frowning at the dull, not-quite-in-tune sound. Automatically, he adjusted the string until he was pleased with the pitch, repeating the process for the rest of the strings.
Leaning over her, Dan hugged the guitar to him in the manner a man should embrace such a lady. She'd been his best friend since he was a kid, had never failed to bring him comfort and healing through the secret language they shared.
Dan played a few soft chords, walking his fingers up and down the fretboard, not playing anything specific, the tones coming more easily than he'd expected them to. He stopped to adjust the G string, then played a few more chords, falling into a slow rhythm, one good for thinking.
Without conscious thought, he inserted a simple, impromptu melody, making love to his lady in earnest now, expressing the deepest, most vulnerable aspects of himself through the movements of his fingers. The lonely sound drifted across the beach to join the cries of the gulls, as he laid bare the layers of pain for the audience of his solitude.
As he lost himself in the haunting music, Dan felt the first stirring of a curious sense of freedom. Recent memories were pushed to the rear in lieu of less troublesome ones from his boyhood, when scuttling crabs had held him enthralled, and thoughts of where driftwood came from had fascinated him. The music swelled under his hands as he revisited that time of innocence.
At his feet, Jack stirred and whined. Dan stopped playing, abruptly pulled back into the present. Barely a second later, he heard something shuffling through the beach grass behind him and the scents of caramel and cotton candy wafted into his awareness.
His private beach had been discovered.
The air next to him stirred softly as whoever it was took a seat on his rock. Dan was about to ask if the intruder had noticed the private property sign at the entrance to the beach, when sticky fingers were thrust against his palm. Startled by the sudden invasive touch, Dan nonetheless instinctively closed his fingers about the delicate hand that had placed itself into his.
"Well, hello." Dan listened for the sound of someone else approaching but heard nothing. "Is your mom or dad around?"
The only answer he received was a tiny contented sigh. He could feel the rhythmic movement of the child's feet swinging over the edge of the rock on which they sat.
*****************
Available at astraeapress
****************

Purchases made through the Astraea Press website between March 1 and June 1 will generate a $2 donation to the USO for the Wounded Warrior Program.


For more information, please read on:-
A Place In the World
Have you ever felt out of place? Most people have at one time or another. An awkward social situation, a feeling of just not belonging. Can you imagine feeling that way about your entire life? What if everything you ever worked for was suddenly ripped away? What if the pages of your life were no longer already written but were suddenly blank and you had no idea how to fill them?
My hero in Heartsight was born into a family of Marines. His entire life was geared toward serving in the USMC. But a tragic incident in Afghanistan robs him of his sight. Not so much call for a wounded warrior, let alone one who can no longer see. This story is 100% fiction, but, like most stories, it imitates real life. War injuries happen.
I can think of no more painful outcome to serving in the military than for those who were wounded to be forgotten, to feel that because they may be missing limbs, or not have the ability to walk, or see, or carry out business in the way of non-injured people, they have no productive place in the world. All persons have value and worth, something to contribute to the world. Sometimes it just takes a little push to find our purpose.
If you’re a veteran or you know a vet who needs a hand, please reach out. The help is there. If you can offer a hand, please show our vets that you care.
http://www.bnwest.woundedwarriorregiment.org/
http://www.militaryonesource.com/MOS/MarineCorps.aspx?MRole=Family&Branch=MarineCorps&Component=Active
http://www.uso.org/
We are still working out the details, but a portion of Heartsight sales through the Astraea Press website, from March 1 to June 1, 2011 will be donated to the USO.

To find out more details you can find me at:-
Facebook: http://www.facebook.com/pages/Kay-Springsteen-Author-of-Romance/143469035711422
Blog: http://kayspringsteen.wordpress.com/ 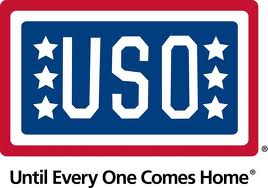 Thanks Kay, for joining us here for the last few days, Kay.  best wishes with your debut novel and your new venture.
at 06:00

Wonderful excerpt and I love the detail of the sticky fingers.