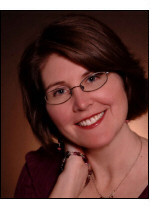 
Are you ready to get started, Your Highnesses?

Princess Isabel: Please call us Niko and Izzy. We're not that big on formality and protocol around here.

Niko: At least not anymore.

Izzy: He used to be a lot stuffier.

Izzy: Only a little, my love. So what questions did you have for us today?

Can you please tell us a little bit about where you come from?

Niko: Vernonia is located in the northeastern part of the Balkans, near the Romanian and Serbian border. We've been rebuilding following an internal conflict that ended five years ago. Our hope is to be invited into the European Union, but we have many projects still to complete before that becomes a reality. Natural gas is our most prized natural resource. Anything you care to add, Izzy?

Izzy: Vernonia is a charming little country surrounded by snowcapped peaks. It's full of dense forests and lush valleys. Many of the villages dot the mountainsides. A change for me coming from Charlotte, North Carolina aka NASCAR country. But I've fallen in love with the land and the people. Vernonians are loyal and passionate.

Niko: Izzy is also a Vernonian. She was just raised in America.

What's been the biggest challenge in going from a mechanic in Charlotte, NC to a princess of Vernonia?

Niko: Keeping the grease off her designer clothes.

Izzy: He's only half-right. I still enjoy working on cars, but I've learned to wear coveralls when in the royal garage. I'm still trying to get the hang of wearing high heels. I much prefer flats. Never twisted my ankle wearing my steel-toed work boots. All the make-up, hair product and jewelry have taken some getting used to, but there are days when I don't bother with any of that.

Niko: You look beautiful no matter. Izzy has redefined what being a princess is all about. She's a breath of fresh air to the monarchy.

Izzy: Tradition is deeply woven into the people of Vernonia. It goes beyond shooting off fireworks at the Fourth of July and eating turkey at Thanksgiving as I did when I lived in America. At first I didn't understand that, but now that I do it's made things easier for all of us.

Niko: We can move forward and respect the past at the same time.

Niko: Tell them about your princess lessons.

Izzy: Well, Princess Julianna of Aliestle taught me what I needed to know about being a princess. At least she tried. She was so patient. I wasn't always the best student when it came to posture and protocol or how to eat properly at dinner. I always want to eat the entire dish of sorbet when you're only supposed to take a bite to cleanse your palate. But I did master the wave.

Niko: She's got the princess wave down.

Izzy: It's much easier to master than wearing heels. And dancing in them! Torture devices, I'm telling you.

Niko: Vernonia is the perfect place to visit if anyone is looking for an escape.

Izzy: Oh, yes. Please do! I never thought I'd wind up with a happily ever after there. Who knows what you'll find? 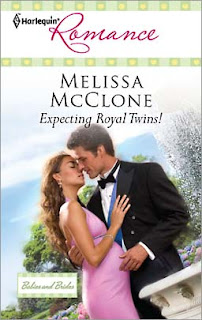 It's not every day that a tall, dark, handsome prince strides into your workshop and announces he's your husband! Mechanic Izzy nearly drops her wrench. Never in her wildest dreams did she imagine that she'd become a princess!
Independent Izzy struggles with exchanging her oil-stained overalls for silken gowns, let alone becoming responsible for an entire country! Yet her attraction to Prince Niko tempts her further into the fairy tale. And then two small surprises change all the rules of the game....

Melissa's website: http://www.melissamcclone.com/
You can by Expecting Royal Twins at Amazon

Thank you for joining us today Melissa and introducing us to Nikola and Izzy. And best wishes with your latest book :-)
at 06:00

Good morning! We've got a snow day today! The call just came in so I'm up a little early. My kids are going to be so excited! Thanks for hosting me on this stop of my virtual book tour, Sherry!

Hi! :) Definitely love the sound of this one -- the Harlequin Romance line is one of the lines that I love. And those stuffy princes in any of them, Presents, Desire or Romance. ;) Will be looking for this one; especially since Izzy sounds a lot like me (though I prefer spaceships over cars, but that's just me LOL)! :)

Hi! We've had two snow days in the last three weeks, and it looks like we might have another one tomorrow...they're calling for 4-7in of snow! On top of the 8-10in we got this past Monday lol. Expecting Royal Twins sounds yummy...can't wait to get my hands on it! I love reading romances, and alpha males (esp if they are royalty) with strong heroines are a major reason why. Definitely sounds like Izzy and Niko's story will have to make it into my collection!

I agree with the previous comments. This book sounds very good and I will certainly be looking for it. I've always been a sucker for the true fairy tale romance. The average josephine being swept away by a handsome prince to live happily-ever-after. This book is my type of read and as soon as I send this comment I'm going to go write the title down so I don't forget!

Thanks for the comments!

@Lois - Thanks! I'm a former engineer. I had big dreams of space and a job offer from Hughes, but after the Challenger went another direction-engines! It's always nice to meet another fan of the HR line. Even though I write for them, I love to read them also!

Sheena - Wow! That's a lot of snow. We don't have that much, but it's so pretty! And thanks! I love romances with prince heroes. Something about royalty tugs on the heartstrings for me. I really had fun writing this one.

Natalie - thanks so much! I appreciate it. When I was in college, a crown prince was attending the business school there. I was a huge romance reader even then: Silhouette & Harlequin Romance, Presents, Loveswept. Let me tell you there was a lot of daydreaming about what you described;)

Sarita - thanks so much! I appreciate you stopping by here and commenting!

So cute! Loved the interview with Izzy and Niko :D And thanks for sharing the blurb.
I can't wait to start reading "Expecting..." :)

Limecello - Thanks! Sherry was the one who suggested I interview my characters. So glad that she did and that you enjoyed the interview. Hope you like the book!

Melissa, it's been a pleasure having you here. I hope you are feeling a lot better.
I loved the interview between Niko and Lizzie and your excerpt captured my attention.
Good luck with Expecting Royal Twins.

Thanks, Sherry! It was fun. I appreciate you having me here so much!

Your blogs are always awesome and enjoyable! Charlotte Limo