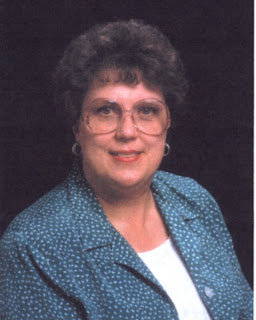 Caroline Clemmons writes romance and adventures—although her earliest made up adventures featured her saving the West with Roy Rogers. Her career has included stay-at-home mom (her favorite job), newspaper reporter and featured columnist, assistant to the managing editor of a psychology journal, and bookkeeper. She and her husband live in rural North Central Texas with a menagerie of rescued pets. When she’s not writing, she enjoys spending time with family, reading, travel, browsing antique malls and estate sales, and genealogy/family history. Her latest releases include THE TEXAN’S IRISH BRIDE, OUT OF THE BLUE, and SNOWFIRES. Read about her at www.carolineclemmons.com and http://carolineclemmons.blogspot.com. She loves to hear from readers at caroline@carolineclemmons.com

Indulging Our Fantasies Day One 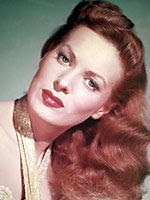 One of the greatest things about writing is that authors are able to indulge their own fantasies. One of mine is that I would have loved living in the West during the last part of the 1800’s--maybe, at least until the weather was severe and I had no central heat/air, no clean bathroom with running water, no antibiotics, and on and on. It’s a romantic time, which is why I love writing romances set in the American West. Another of my fantasies is that I wanted to look like the young Maureen O’Hara. More’s the pity, for I look nothing like her. But we’re talking about fantasies, right? This is why, Cenora Rose O’Neill, the heroine of my latest western romance, THE TEXAN’S IRISH BRIDE, strongly resembles Miss O’Hara in appearance. What authors can’t accomplish ourselves, we accomplish through our characters.
When the infamous 1845 Irish potato famine struck and millions in Ireland literally starved to death, there was a mass immigration of Irish into the United States. But the O’Neill family didn’t lose their land in the famine. They were turned off many years later by a spiteful landlord. Due to her lack of schooling, Cenora cannot read cursive and reads only a few words in print. Her father, Sean O’Neill, can read a newspaper (slowly), and has done all the reading for his family and their traveling companions. On the other hand, the McClintocks value education, and Dallas McClintock reads most evenings. This difference causes only one of the many conflicts that arise in the book.
When forced off their plot of Irish land with only what they could carry, Cenora and her family fell in with a group of Irish Travelers. The Travelers, or tinkers, are not gypsies but are descended from medieval minstrels and poets who traveled Ireland telling myths and stories. In medieval times, the minstrels and poets were respected and learned. Many Irish families turned out of their homes drifted in with the traveling minstrels, eventually becoming the Irish Travelers--not so respected or not learned. Travelers have their own language (cant), Sheldroo, which--amazingly enough--is linked by scholars to medieval language. They camped in fields at first. Later they acquired tents, then the colorful wagons that resemble gypsy wagons, such as the ones used in my novel. Like people everywhere, some Irish Travelers are good, some are bad. The same is true for those portrayed in THE TEXAN’S IRISH BRIDE. 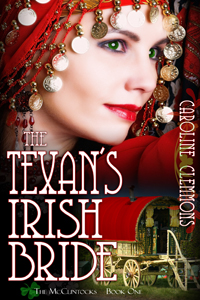 The 19th and early 20th century Traveler wagons are unbelievably compact, and are brightly painted inside and out in red, blue and green with yellow pinstripes. That describes the two wagons acquired by the O’Neills through their ability to play instruments while Cenora sings for crowds when they pass through towns. Unfortunately, Sean O’Neill’s only abilities are playing music and the gift of gab--not much to supply a family’s needs. His sons Finn and Mac trade ponies for a bit of extra coin and the family barely gets by. On the other hand, rancher Dallas McClintock has a strong work ethic and sense of honor. You can see more trouble looming, can’t you?
In THE TEXAN’S IRISH BRIDE, Cenora Rose O’Neill knows her father somehow arranged the trap for Dallas McClintock, but she agrees to wed the handsome stranger. She’d do anything to protect her family, and she wants to save herself from the bully Tom Williams. She believes a fine settled man like Dallas will rid himself of her soon enough, but at least she and her family will be safely away from Williams. 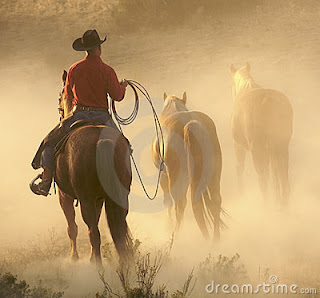 Texas rancher Dallas McClintock has no plans to wed for several years. Right now, he’s trying to establish himself as a successful horse breeder. Severely wounded rescuing Cenora from kidnappers, Dallas is taken to her family’s wagon to be tended. He is trapped into marrying Cenora, but he is not a man who ever goes back on his word. His wife has a silly superstition for everything, but passion-filled nights with her make up for everything—even when her wild, eccentric family nearly drives him crazy.
GIVEAWAY
I hope you’ll read and enjoy THE TEXAN’S IRISH BRIDE. On Tuesday evening (Texas time), I’ll donate a free PDF download to someone who comments here on Sherry’s blog today through Tuesday and tells me they’ve gone to my blog http://carolineclemmons.blogspot.com to sign up for my Mostly Monthly Newsletter.
The buy link for THE TEXAN’S IRISH BRIDE is www.thewildrosepress.com/caroline-clemmons-m-638.html in print and e-download, and it’s also available at Amazon and other online stores.
My website is www.carolineclemmons.com.
Other books at The Wild Rose Press are OUT OF THE BLUE and the Civil War anthology in which my novella LONG WAY HOME appears, NORTHERN ROSES AND SOUTHERN BELLES. My backlist is now available on Smashwords.
I’ll be back tomorrow, please join me.
Thanks very much, Sherry, for having me as your guest.

Your book cover for The Texan's Irish Bride is the best cover I have ever seen. It gives me goose bumps every time I see it. :-)
It's great to have you back, Caroline.

Thanks for having me at your lovely blog, Sherry!

Caroline: You have a unique ability to make a reader feel as if they really know the characters in your books. Looking forward to the next installment.

Great interview, Carolyn! Have always been fascinated with the Irish and the gypsy way of life and you have brought it alive in your story! And I so love the cover!

Caroline, Be safe in the snow and ice. I, too, love the cover for The Texan's Irish Bride. It has to be the #1 cover of all time!

This interview is the first I've learned the name of the language the Travelers use--Sheldroo. And it's fascinating, but logical, that it's linked to medieval language.

I learn something from you every time we meet. Have a great weekend.