Today Beth Trissel tells us why she's chosen to cross genres in her books.  Thank you for joining us at THoR today, Beth. :-)

Many authors wisely choose a genre and stick with it. Most master a specific time period, such as the Regency romance world, and set up camp there. Not me. Like a restless spirit, I wander about visiting various places, even time travel to land in some of them. Writing would be far easier if I’d stay put, but not, I expect, as much fun. So I write both historical, with varying time periods and settings, and light paranormal romance, generally with a time travel or ghost in the fantasy meld. 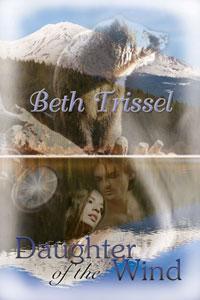 In Daughter of the Wind, I even ventured into the shape shifting realm with a bearwalking Shawnee warrior. Depending upon whom you consult among the Shawnee, they may not consider this to be ‘fantasy’ but an actual ability some of their people possess, or used to in ages past. Daughter of the Wind also has a magical moonstone necklace which I wish I could’ve kept, but the novel sucked that prize in and won’t let me have it back. Bummer.
I can understand why you wanted to keep it, I love moonstone. :-) 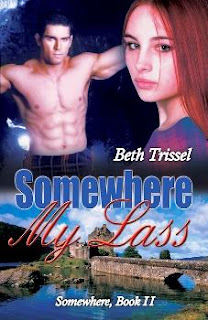 Light paranormal romance Somewhere My Lass was a departure for me in that I also wove kewl sci-fi stuff into this Scottish time travel. My paranormals require the same research I’d do for a historical because there are other time periods to explore, and then the added contemplation involved in otherworldly elements, so they are not easy, but enjoyable in a challenging way. I admit to gleaning inspiration from some of the movies I’ve seen, and a few stories I’ve read, but I do have an occasional original thought, more than I’m sometimes given credit for.

To further explore my latest light paranormal release, here’s the blurb and excerpt from Somewhere My Lass. For more on me, my blog is the happening place: https://bethtrissel.wordpress.com/ 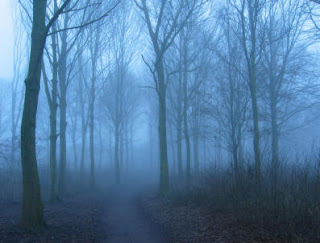 Blurb:
Neil MacKenzie's well ordered life turns to chaos when Mora Campbell shows up claiming he's her fiance from 1602 Scotland. Her avowal that she was chased to the future by clan chieftain, Red MacDonald, is utter nonsense, and Neil must convince her that she is just addled from a blow to her head--or so he believes until the MacDonald himself shows up wanting blood.

Mora knows the Neil of the future is truly her beloved Niall who disappeared from the past. Although her kinsmen believe he's dead, and she is now destined to marry Niall's brother, she's convinced that if she and Neil return to the past, all will be right. The only problem is how to get back to 1602 before it's too late. 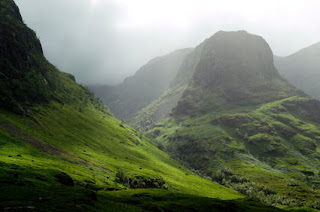 The balance of the present and future are in peril if she marries another, and the Neil of the present will cease to exist. An ancient relic and a few good friends in the future help pave the way back to the past, but will Mora and Neil be too late to save a love that began centuries before?

Excerpt:
“You are a beauty.” His words were a hoarse whisper.
The rise and fall of her chest betrayed a deep inhalation of breath. A flicker of reproach lit her eyes.
“I dinna think ye took heed of me at all.”
He winced at the well-deserved jab. “About before, I’m sorry I left you so suddenly. But there’s no earthly way I could fail to notice you. I’d have to be deaf, dumb, and blind and even then…”
The tension in her face eased and then the hurt returned. “Oh, aye? How could ye forget all ye knew?”
He remained as he was, threading that wealth of hair through his fingers. Again, the rational part of him argued, “Is it possible you’re imagining you knew me before?”
She balked, a mutinous glint in her eyes. “Nae.”
He slid his hand to the finely crafted silver chain at her throat and coaxed the coverlets further down.
A slight gasp escaped her lips. He muted any outward response to the thrill running through him.
The scooped neckline of her nightgown revealed the tops of white breasts sprinkled with freckles. Above this heart-hammering sight hung the crucifix. “I gave this to you?” he managed to ask without betraying the swell of emotion surging inside him.
“At our betrothal.”


Giveaway
Let's throw a giveaway into this.
A winner chosen from among those who leave comments between the 8th and 11th of Jan
gets a digital copy of Somewhere My Lass.
Beth will choose a winner on the evening (her time) of Tuesday 11th January
Facebook Fan Page: http://tinyurl.com/33udfb4
My Website: http://www.bethtrissel.com/index.html
MySpace: http://www.myspace.com/bctrissel
My Blog: http://bethtrissel.wordpress.com/
Twitter: http://twitter.com/BethTrissel
2008 Golden Heart® Finalist:
2008 Winner Preditor's & Editor's Readers Poll:
Publisher’s Weekly BHB Reader’s Choice Best Books of 2009:
Romance Charged With Danger From Ages Past!:


All photographs provided by Beth Trissel
at 06:00

Thanks so much for having me on your lovely blog, Sherry.

Beth, don't consider me for the giveaway because I have a copy of your books. Just wanted to tell you how much I enjoy your writing. Continued success!

Thanks Caroline. Much appreciated.

Beth, like you I can't stay with one genre. I'd be bored and I usually have fun while writing. I went from International romance, to Romantic Suspense, to Medical Romance and finally to Paranormal Fantasy.
monarisk.blogspot.com

Beth,
I, too, have written different eras. Although I have yet to market my more contemporary work. As soon as I finish these 1989 books I'm writing now, I'll get back to a time travel that takes my heroine from today back to
1860s Texas. It's fun and also challenging to mainatin proper voice when writing different eras. Best wishes for all you write!

Fiddle! That's 1898! And I sure have trouble spelling, let alone maintaining voice. LOL Should proofread before sending. My bad.
Joyce

Hi Beth, How are you?
Looks like you've had your nose to the grindstone. Your books sound fascinating.

Mona, I didn't know you were getting into paranormal, how fun. Joyce, your time travel sounds super, and I get stuff mixed up too. Proof readers are vital. Hi Sandra. So good to hear from you. I'm doing well. Thanks guys.

Oh, cross genre... I too do that. Can't seem to help myself.

Thanks Sherry. Looks like I'm in good company Catherine.

I applaud you Beth, I have not been brave enough to stray into genres other than romantic suspense.

Thanks. Maybe it's more fool hardy than brave. :)

I think Somewhere My Lass sounds terrific. The blurb is so exciting. I don't know how I would react if a man showed up on my door and said I was his bride-to-be. I can't wait to read Neil's reaction to her.

Thanks Autumn. Yes, quite a scenario. :)

Well guys, it's been fun. Thanks so much for hosting me, Sherry. The winner of my ebook giveaway is Autumn.