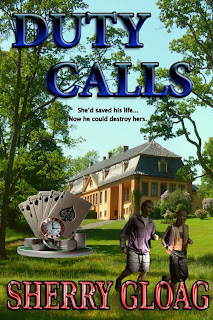 Rafe Hawk refuses to accept the inheritance, of a large English estate, and the title that goes with it, after his birth father’s death because the man chose duty over the woman he loved and their son.

So when he finds himself temporarily living at Kinsale Hall, he’s not prepared to trust anyone associated with the place, including Trudi Delaney and her daughter.

So why, when he looks into their eyes, does he suddenly remember a woman who vanished without a trace after saving his life one stormy night ten years earlier?

Now he could destroy hers.

Instinct warns Trudi Delaney the arrival of the contemptuous American architect at Kinsale Hall will change her life forever. Especially when she discovers he spends so much of his time in areas of Kinsale Hall off-limits to visitors.

Eleven years after escaping from her psychotic husband with a stranger, she’s still plagued by nightmares of events she can’t remember. Events such as, who fathered her beautiful daughter?

Now, more than a decade later, she is confronted by another stranger. Will this one destroy everything she holds dear?
~ ~ ~ ~

Excerpt:-
“Only Daniel Kinsale and his solicitors knew I’d arranged to meet him. No one knew I changed my schedule and arrived in England a week earlier than expected, and yet Denny Cadmore somehow discovered both my plans and identity.”

Rafe glared at his parent. “Given those facts, tell me why I should stake a claim on a god-forsaken English estate, when everything and everyone who means anything to me is here in Boston?”

The drone of the old-fashioned overhead fan broke the ensuing silence. The oppressive heat stalked through the room sapping the energy from anyone or anything in its path.

“Rafe you’re making me dizzy, sit down and stop prowling round the room.” His mother patted the cushions beside her. “How many times do I have to tell you, you were born from love, not lust? Whether you like it or not, you are the legitimate heir to your father’s estates.”

A shaft of sunlight caught a few silvery streaks in her blonde hair.

“But born out of wedlock,” Rafe snapped, before realising the words queued up for release.

“Yes, out of wedlock,” she sighed. “I’ve never denied it, nor have I stolen your entitlement to your birth name. Your birth father…” she paused for a few seconds, “…Daniel, loved me.”

She continued on a wistful note, “I knew he couldn’t divorce his wife and accepted we had no future together, only the present. I’ve explained why he felt duty bound to uphold his family’s expectations. Nor that you were unintended. Having you gave me reason to survive without Daniel. You are from the man of my heart.”

Rafe’s free hand crashed down on the table sending the letter floating to the floor. “If he loved you so much, how come another of his bastards crawled out of the woodwork? One whose birth certificate proves he’s ten days younger than me? How come that same bastard damn near sent me to my grave?

Explain that if you can!”

You can read the reviews HERE

This is going on my tbr list, Sherry. It really sounds good!

:-) Sandra. Thanks for coming by. I hope you enjoy Duty Calls when you get to it.